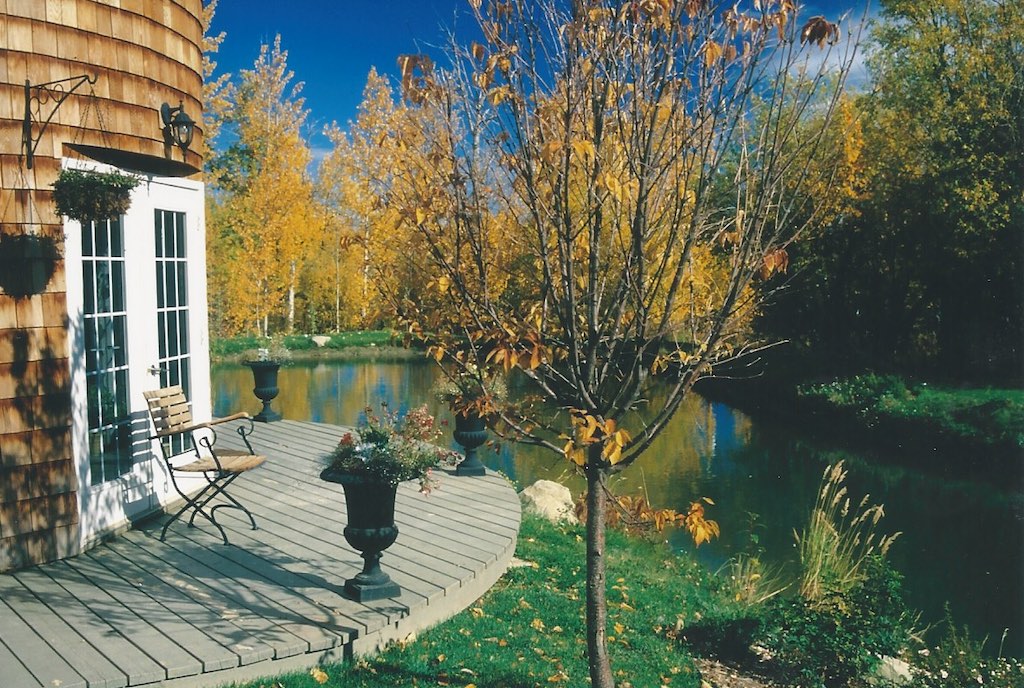 At this northern B.C. getaway, nature is the star attraction.

Canada is full of destinations where visitors can catch a glimpse of wildlife and enjoy nature, and they’re not necessarily remote, hard-to-get-to areas.In the case of The Granaries on Bear Mountain, near Dawson Creek, B.C., you don’t even have to leave your room to experience the thrill of seeing wild animals wandering by.

“I love it here,” says two-time guest Jan Enns. “I’m on the road a fair bit, so typically I’d stay at a hotel or motel. Here, at breakfast, I can watch mountain chickadees right outside the window.”

The Granaries, which comprises one suite in restored and repurposed grain storage buildings as well as two rooms in an inn, was built with wildlife and nature in mind right from the start. “Trying to live green, recycling – it’s just part of my life,” says owner Heather Newman.

She and her husband Bob, worked for three years to create the unique property which opened in May 2003. It was designated at wildlife-friendly backyard by the Canadian Wildlife Federation n May 2005.

As if the reconstruction of the granaries wasn’t a big enough project on it’s own, Newman had another substantial undertaking in mind.”I think I wanted my own lake,” she says, “Dawson Creek is mostly prairie, with no great bodies of water. I wanted it for summer recreation and for the wildlife.”

Her vision left the excavators scratching their heads. As one told her, “We do square, we do circular, but we don’t do free-form.” Newman insisted her little lake be dug to three different depths to provide habitat for different creatures.”Everyone thought I was crazy, but we did it and it worked really well.”

Tadpoles and bulrushes soon commandeered portions of the lake.Deer and foxes came to drink; muskrats and ducks called it home now and then.She considered stocking it with fish, but decided against it, not wanting to tip the balance that was establishing itself.

As with other portions of the grounds, Newman had native trees and shrubs planted around the lake, which helped attract larger visitors.”We get a lot of moose. They’ve pruned the trees I planted, and not in a nice shape. But they have to eat too, so we coexist.”

Many species of birds – mainly prairie species – light in the greenery, providing hours of fascination for guests. Newman provides binoculars and a bird guide to help with identification of species.

To encourage cavity nesting birds and other animals, dead trees are left to go back to nature in their own time. Birdhouses around the property also encourage feathered wildlife to take up residence.

The gardens, which drew astonished praise during the annual tour of gardens in the area, are mostly made up of native species and those that require little watering.

Rain barrels collect moisture to be used on the gardens. Lawns are not watered, and grass clippings left to decompose where they fall.

Kitchen waste and other items ware composted and anything that can be recycled is. “My footprint is slightly smaller because my waste is being recycled here,” says Enns.”Plus I can compost my apple cores and banana peels!”

Newman strives to buy as much local – organic if possible – food as she can, and uses lots of produce from her own garden in the summer. It’s all part of a philosophy of living with nature to provide room for everyone, from wedding parties to hungry moose.In an age when electronic gadgets invade every waking moment, her guests appreciate the emphasis on the natural world.”The only distractions are nature and each other. It’s a chance to slow down, sit outside and read a book.”