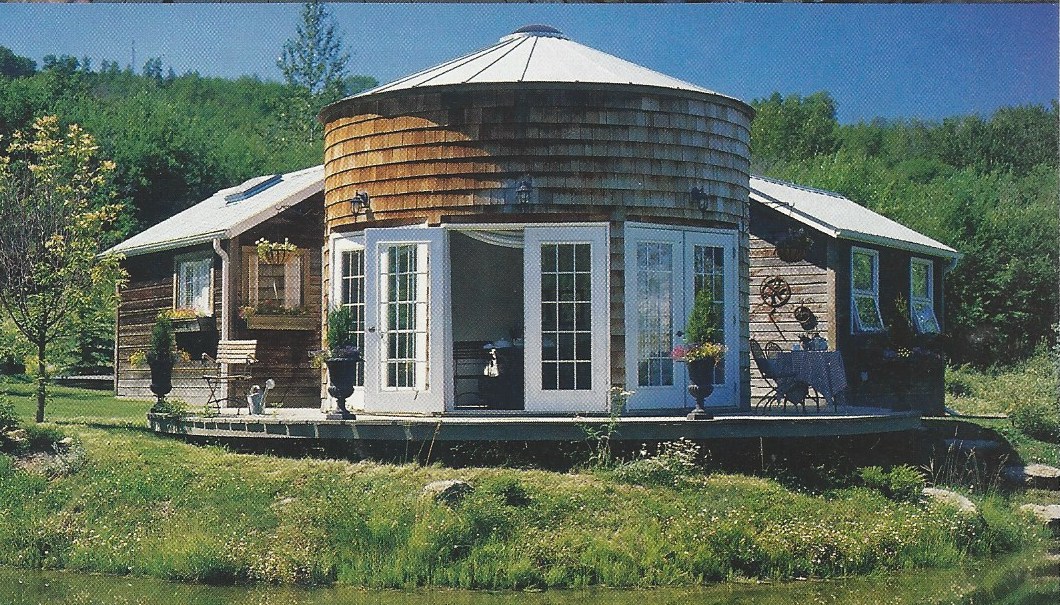 Some might consider a luxury granary to be one filled to the top with golden grain, but for Heather Newman of Dawson Creek and her many guests, a luxury granary is a honeymoon paradise or a relaxing get-away.

The Granaries on Bear Mountain offer the weary traveller or the romantic couple a lavish bed and breakfast accommodation minutes from Dawson Creek. Since it’s opening in the summer of 2003, the single summertime suite has had many guests from far and wide.

“Our first guests were the assistant consulate of the Swiss Embassy and his wife” said Newman.” They were a lovely couple just travelling through and they said they were honoured to be our first guests.”

Since then, guests have included European travellers stopping during a Rocky Mountain tour, American travellers of the Alaska highway and northern adventurers coming from the lower mainland.

Surprisingly, or maybe not, many of the Granaries’ guests are local. “People from Grande Prairie, Fort St. John, even Dawson Creek come to stay. Many are newlyweds, others are celebrating anniversaries and some just want to get away.” said Newman, adding some visitors are nostalgic for the country life, others are simply curious about theG ranaries and how they came to be a high end bed and breakfast.

“It was an idea that got away.” said Newman. “I started with the garden and  then I wanted a lake. A rustic building would add character and charm to the scene. A business plan would give purpose to the project, and the bed and breakfast was born.”

In 2000, the hole was dug for the small lake. A year later, the granaries(two square bins and one round bin) were transported and placed on skids beside the man-made lake”The granaries came from a field six kilometers away,” said Newman. While it would have been much easier to build new, the granaries appear a more natural choice paying tribute to the region’s agricultural history.

“We had to take the roof off the round bin to get it under the power lines, said Newman. A new roof was contructed in traditional fashion. While it’s basic structure remained the same, once restored in its new location, the sides of the round wooden bin were shingled and four French doors were added. Local artist Laine Dahlen added a romantic touch to the interior of the granary with his painted mural. It encircles the dome and glows in the sunlight, which pours through the skylight-once a simple opening for grain.

“As to be expected in an old granary, nothing was square or measured exact,” said Newman in regards to the square bins. “That made remodelling a bit more difficult.”

Nonetheless, the buildings were strapped with plywood, doors were cut and beadboard and drywall was put up inside. The auger openings became windows and the original beams remain visible. Aside from the windows and flower boxes, the exteriors of the square bins appear as they might in a farmer’s field with faded red paint and antique tools hanging from the walls.

A deck was built around the bins as a means of connecting the three rooms of the bed and breakfas suite. The two square buildings became the bathroom and bedroom. A double jacuzzi bathtub, vintage fixtures and furniture, a fireplace and warm wooden floors of the bathroom and the queen sized bed with it’s lush down duvet in the master bedroom offer a relxing respite.

“OriginallyI had thought about opening up the round bin and turning it into a tea room.” said Newman Instead, it is the dining or lounging room of the suite, complete with microwave and hot plate enclosed in an antique bureau, a dining table and confortable lounging chairs.

There is no TV or internet at the Granaries, but they are not missed. Guests are welcome to walk through the many garden trails, gaze at the birds and butterflies and follow the tracks of the visiting wildlife-moose,deer,fox,rabbit,coyote, and beaver.

“There is a buffalo ranch across the road, it is quite an attraction for some of our guests who enjoy watching and listening to them roaring and rumbling,” added Newman.

Continue to next screen to fill in your contact information & billing address including postal code. For B&B stays, please note any allergies/dietary restrictions so we can source alternatives to ensure memorable food experiences.