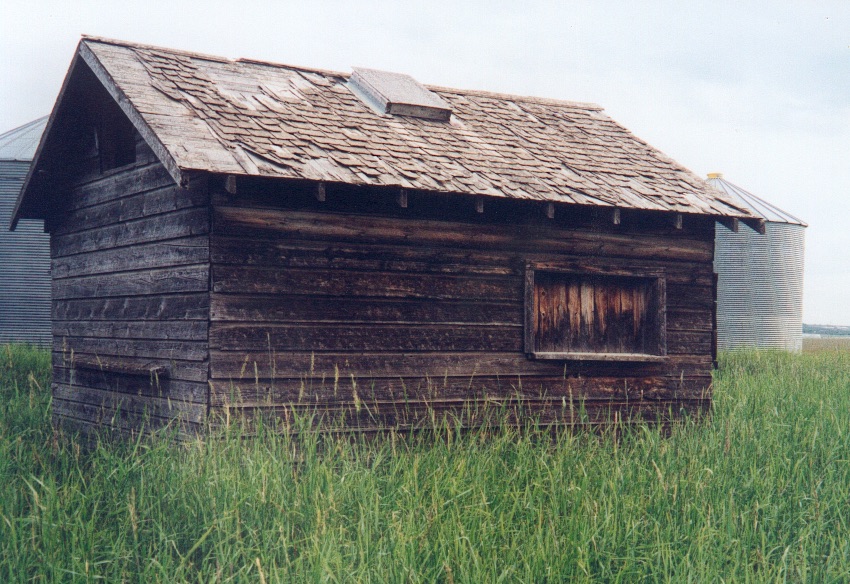 The Granaries on Bear Mountain

If you build it – A Renovation Story

What the heck is a granary?

1. A storehouse for grain

2. A country or region where grain grows in abundance

Dawson Creek has a long tradition of preserving bits of prairie and pioneer architecture. The Art Gallery is a converted grain elevator annex.

The museum / tourist info center is housed in an old train station and then there’s Pioneer Village; a collection of several churches, schools, homes and other buildings resurrected to give a glimpse of the town’s early history. The latest offering is a truly unique bed and breakfast, The Granaries on Bear Mountain.

Many people start with property on a lake then build a cabin. We began by building a lake first, then trucking in three vintage wooden granaries to our rural acreage and transforming them into luxury holiday digs. The roughly 400,000 gallon pond was excavated to various depths to encourage a diversity of wildlife to visit and left to fill by nature. The various granaries were transported to the site, dumped in their approximate locations and eventually put in place with help from a picker service, our suburban and a tow rope.

The original skids that the buildings were on survived the move but needed replacing since they were to become the foundations of the new complex. It was decided that each building should remain separate and free floating to accommodate our freeze thaw cycles and allow for settling. Functions were assigned to each granary – sleeping, bathing, and living. Separate power and water systems were installed and an additional line trenched to the enlarged sewage lagoon. Another road entrance and driveway were also constructed to provide vehicle access.

Next came the exterior and interior upgrades. We wanted to retain as much of the original character of the buildings as possible so shiplap siding was left intact but the roof shingles became kindling and a new corrugated metal roof was installed. The inside framing was strengthened with plywood and strapping, then finished with insulation, vapour barrier, bead board paneling and dry wall. Flex board was used to fit the interior curves of the round granary and cedar shingles were chosen to camouflage the exterior and weather to match the other granaries.

Because the remnants of original round bin top had to be removed to fit under power lines en route to it’s new home, a new traditional cone shaped roof was constructed with beams radiating from a slightly larger central ring. A round skylight was fitted to that and overlapping metal roof panels custom fabricated to harmonize with the smaller granaries.

Five pairs of garden doors were installed as well as 4 single French doors and another skylight to flood each building with light and connect to a circular deck. The original granary openings were fitted with salvage glass and two additional demolition windows helped to reduce some of the glazing costs. Old cedar decking and fence boards were used for authentic weathered exterior details and window trim.

After many fruitless hours with a heavy sander on badly warped floor boards we decided to lay locally-milled tongue and groove aspen paneling for new flooring in the two smaller granaries. The round granary floor was made of much stronger stuff and was still in excellent condition.

Finally, a new double jetted tub and vintage bathroom fixtures were installed in the bathhouse. An antique Victorian cast iron fireplace surround was added for character and flanked by built-in cabinets.

In the round pavillon, a beautiful Victorian buffet was plumbed with a little bar sink and reconfigured to hide a MW, two burner hot plate,& bar fridge. Small curved shelves display glassware and canisters. Dishes, crockery and other small appliances are tucked into the end cabinets so guests can prepare light meals if desired.The final stage of construction involved tying the whole compound together with a shingle-clad wall that connects the two smaller wings and echoes the curve of the round granary. One of the original granary doors serves as the entrance to the courtyard from the driveway and parking area. A round metal grate was inserted at eye level and framed with more barn wood.

Once the major work was finished inside and out, my real work began. I learned a bit about taping and mudding and got lots of practice. My crew of teenage daughters (not really “pressed” labour) helped with sanding, painting, and staining all the trim, floors, doors, walls and furnishings. Sewing machines whirred; black and gray toile fabrics were chosen for their timeless appeal . Furnishings and antiques were discovered at local shops and auctions as well as stores in Edmonton, Grande Prairie, and Vancouver. I borrowed several items from our own quarters. Knickknacks throughout have an old world or vintage feel.
The black and white decorating is carried through to some of the artwork. Framed B&W vintage photographs hang in the bedroom and plaques by Sid Dickens are mounted in the bathroom. A local calligraphic artist composed an illustrated work and a grand mural is currently coming to life in the round pavilion evoking the vistas and emotions of a Tuscan tableau as it encircles the room. The work, by Laine Dahlen , a well-known local artist, draws the viewer into the landscape and transports them miles away in both time and space.

While the interiors were still being outfitted, the initial landscaping was completed. In the fall of 2002, we selected big rocks from gravel pit up the road and hired big hoe to place them round lake for more natural appearance. Tadpoles and bulrushes have arrived on their own to further the impression The cat also distributed the stockpiled earth from the lake excavation. It was used to contour and fill some of the slopes round the lakes and add a raised planting area at one end of a elevated boardwalk.. When all the destructive earth moving machines were finished, there was a narrow window of good weather to lay the sod, plant the trees, shrubs and some perennials to blend with the native scrim left by the first bulldozers. The “pretties”, as one garden designer labels them, were added the following spring plus more structural specimens to flesh out the new garden areas.

The transformation of almost derelict farm outbuildings to luxurious accommodations required a major effort and quite a lot of faith. The whole process, from concept to completion, occupied 3 years. My degree in physiotherapy/occupational therapy did not really equip me for the sort of rehabilitation required but helpful contractors, supportive friends and family, and a love of design kept me going. We were all quite proud when close to 500 amazed people trooped through the granaries on the local Horticultural Society garden tour last July. It’s been the talk of the town since then and many people have suggested it should be in a magazine. Perhaps someday it will.