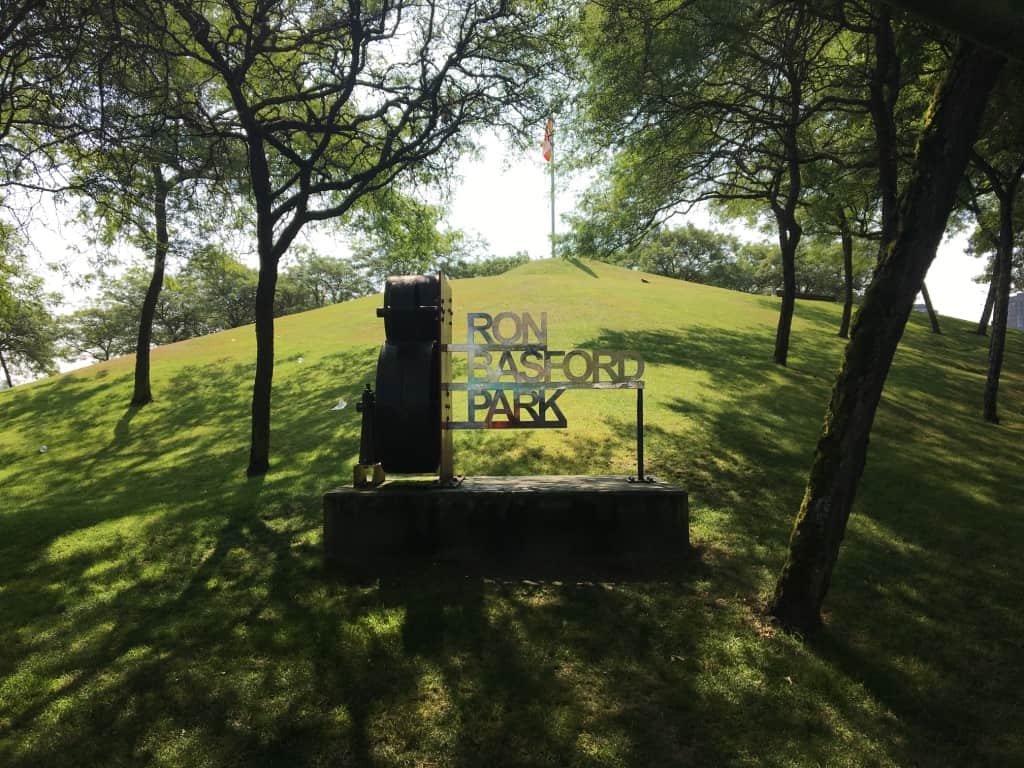 The property that is now the Pointhouse was purchased from the estate of Stanley Ronald “Ron” Basford, PC , in Dec 2005. Basford, a long-time Canadian Cabinet minister in the Liberal government of Pierre Trudeau, was known as “Mr. Granville Island” for his support of the Granville Island redevelopment project in Vancouver. A park there now bears his name.

As Vancouver’s leading cabinet minister, Basford is credited with helping to scuttle plans for an expressway along the city’s waterfront that would have leveled the Gastown and Chinatown neighborhoods, for encouraging local planning and neighborhood improvement, and for helping win federal support for the construction of thousands of units of co-operative housing in the city.

As Consumer and Corporate Affairs minister, Basford shepherded the passage of legislation that dramatically reduced pharmaceutical prices. This gave Canada the lowest drug prices in the industrialized world into the late 1980s when the legislation was repealed by the Mulroney government. Basford also had passed into law the Hazardous Products Act that eliminated flammable children’s bedding and clothing from the market. His most controversial move, at the time, was the adoption of the SI (metric) system as Canada’s official standard of weights and measures. This provoked strong opposition from many Canadians, but has since been accepted.

As Justice minister, Basford arranged a clemency agreement that kept abortion rights campaigner and practitioner Henry Morgentaler out of jail. He was also Justice minister in 1977 when Canada abolished capital punishment, and when the Canadian Human Rights Act was amended to require equal pay for equal work regardless of gender. On a local note, as Sargeant Bay Society director in 1978 , and  the current Justice minister, he was instrumental in preserving Sargeant Bay for a provincial park.

Basford retired from cabinet in 1978, and did not run in the 1979 election. Read More about his life after Ottawa in the article by Alex Waterhouse-Hayward.

Having owned his Sargeant Bay property since 1975, he finally built a home base here in 1990. He eventually made the move permanent till his death in 2005 at the age of 72. He is fondly remembered by former neighbors and Sunshine Coasters for his gregarious nature, inquiring mind, energy and sharp wit.

Although we didn’t have the pleasure of meeting him personally, we have come to know him through his house, his garden, his notes, and his history. We appreciate his forethought  and hope to continue some of his legacy at Sargeant Bay. We suspect he’ll be happy when we finally get our flag pole erected and the property is once more flying the maple leaf. Raising chickens may be another story .