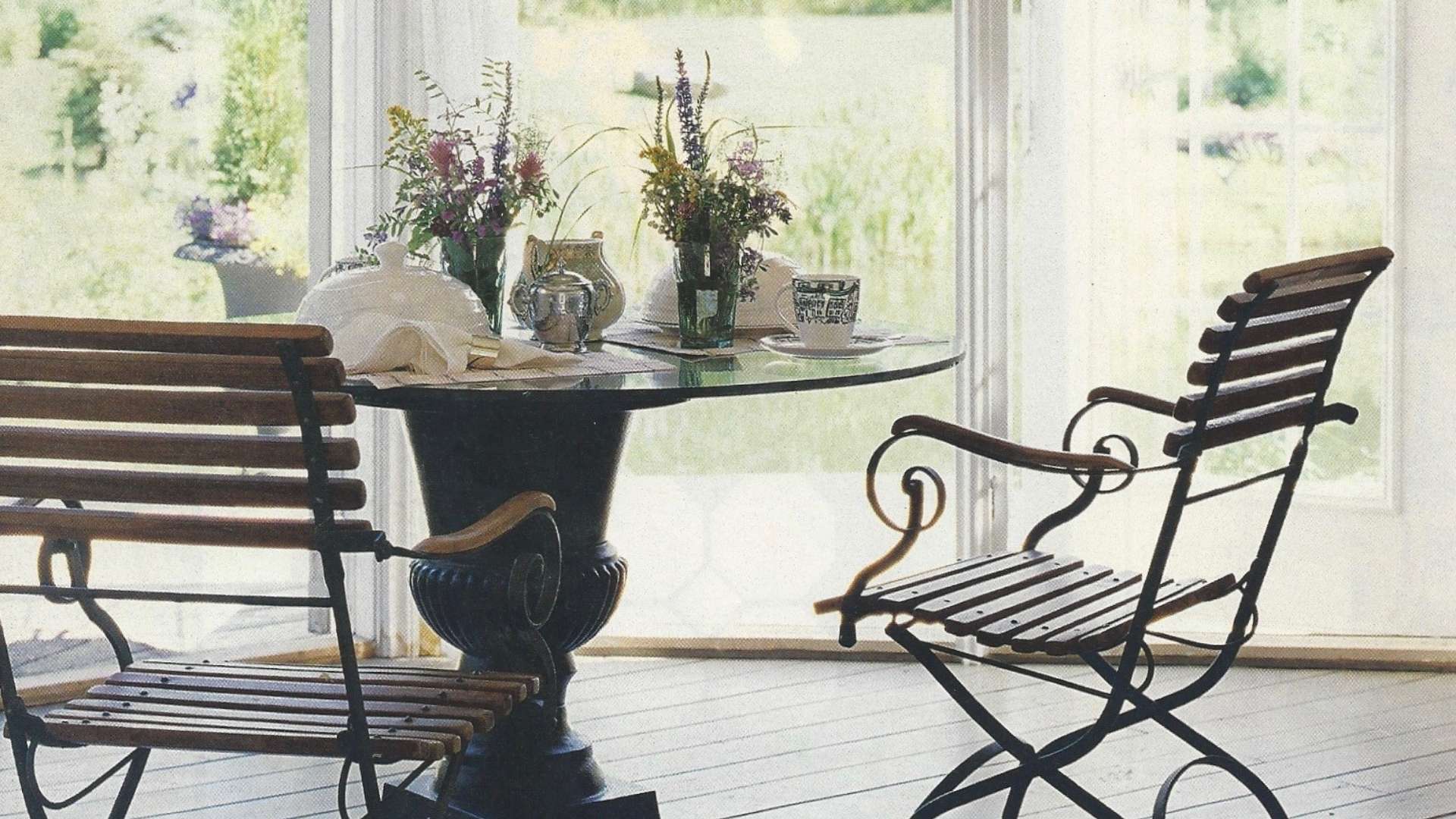 Your house is your comfort zone

“I call it Euro Country meets Cape Cod meets Little House on the Prairie,” Heather Newman says with a laugh of her picturesque guest retreat in Dawson Creek, B.C. Situated across the lake from the home she shares with her husband, Bob, what was once only a dream for the former Vancouver couple has turned into a stunning reality – a combination of rooms with an airy feel and a multitude of French Country touches. “After 14 years here, we had beautiful gardens, a man-made lake, everything. The next logical step was to build a cabin on the other side of the water.” But instead of constructing something new, the couple opted for a trio of antique granaries that now make a singular statement on the opposite shore.

“We live in a small piece of B.C. that is more like the Prairies,” she says. “There are old wooden granaries everywhere. It got me thinking that we could cluster three of them together to make one lovely space.” The idea was a unique one, but dragging rotting wooden structures over six kilometres of land, renovating them and outfitting them with a French Country flair was more than just a weekend project. “It became my obsession for a few years,” Newman adds.“The round building needed a new roof,” she continues. “And I put in some sets of French doors. They opened up the space dramatically.”

Together the structures – a traditional round granary sandwiched by two rectangular versions – seem like they were always meant to be in this simple configuration. Not attached, but a “holler-width” apart. “They aren’t connected, which makes it interesting if it’s raining,” Newman says. “But it’s also part of the fun of the place.”

When it came time to decorate, Newman had her heart set on a sophisticated French Country scheme, but her bank book was leaning more toward cheap and cheerful rather than fine antiques. Shopping was a challenge as well, since Dawson Creek is nestled in the heart of the country and void of pretty home furnishing stores. Catalogues and the local hardware store offered the essentials, and formerly loved objects from Newman’s own house, such as salvage finds, slipcovered chairs and patio furniture, all found a new life in The Granaries on Bear Mountain, as the couple calls their bed-and-breakfast endeavour.

Budget-friendly decorating fast became Newman’s motto. Using bed linens to make window coverings was the inexpensive solution to buying designer fabric in bulk. In addition, multi-functional pieces abound in the B&B, like the antique buffet in the lounge that conceals kitchen essentials, such as a hot plate, microwave oven and coffee maker, for overnight guests. An old stove, tin watering cans and an original gate from the granaries create an exterior setting full of rustic charm. “Sometimes when the B&B isn’t full, my husband and I book a night for ourselves,” Newman states with a smile. “Our home is minutes away, but when we stay out here, we feel like we’re on vacation.”

Continue to next screen to fill in your contact information & billing address including postal code. For B&B stays, please note any allergies/dietary restrictions so we can source alternatives to ensure memorable food experiences.